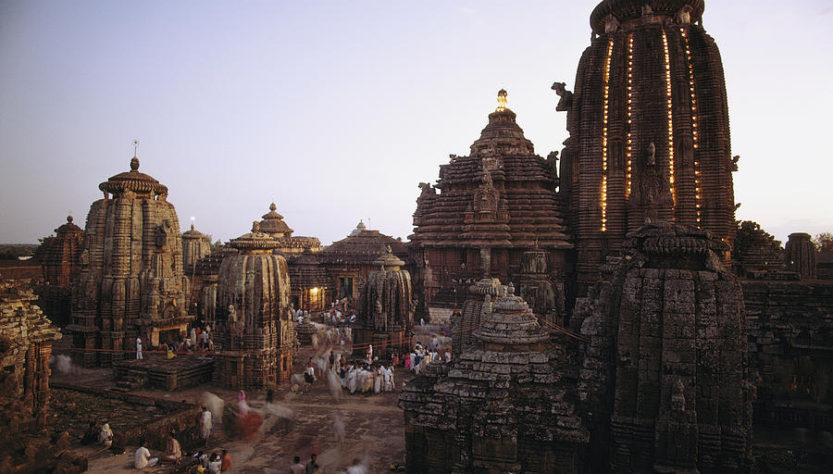 Modern city of Bhubaneswar has a historically and culturally rich past. Even after more than thousand year, mark of its strong & rich history can be seen in the older city. Bhubaneswar city accommodate hundreds of ancient sites, where Lingaraj temple is the most prominent & biggest temple of the city.

If you ask any one, which historical site must visit before leaving the Bhubaneswar, I am 100% sure, the first name would be Lingaraj temple. Approx, 6000 devotee visit this temple every day and number of visitors increase manifold on festivals.

Lingaraj temple was built in the early 11th century during the period of East Ganga dynasty, were inclined to Vaishnavism. In the later period they constructed Jagannath Temple in coastal city Puri. Some part of Lingaraj temple constructed during 7th century by Yayati, king of Somavansi dynasty.

It is actually a temple complex, where you will see around 80 temples apart from the main temple of Lingaraj. Main deity of temple is Harihara, also called Tribhubaneswara ( Lord of 3 world) which is a combine form of God Shiva and Vishnu .

This temple complex covers a large area and bounded by thick and high walls. So, until you get inside the temple complex, it’s hard to guess the largeness of the temple.

The big gate at the main entrance made from sandalwood. As you enter the temple premises, the very first thing that draw your attention is people embracing a stone pillar in front of main temple, for fulfilling of their wishes.

The height of Lingaraj temple’s main tower (Vimana) is 55 meter. There are 4 lions sculptures mounted on the tower, looking in all four directions. You can also find some elements inspired from Khajuraho temples, the beast and Apsaras. 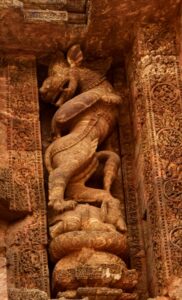 Temple’s wall is full of beautiful sculptures; some of them are depicting eroticism. There is big gallery that connects all four parts of temple. In the main sanctum you see a big Lingam and its base having a dia of 2 meters and many priests offering flowers and pouring milk on the Lingam (Mahasnan)

The main temple of Lingaraj situated in the middle and other shrine/ smaller temples are in surrounding. Parvati temple is another important temple within the same complex, build on the similar theme but comparatively small.

Other shrines of the complex like include Ganesha, Narshimha, Baijnath and even Yamraj Temple. There is a tree in the complex near Yamraj temple, on which lakhs of red bangles are hanging as a sign of pray.

In all of these smaller temples you find a lingam and snake idol around it. Some of the temples are in their ruin state; upper portion of some temples broken down may be due to attack of outside invaders. These temples plunder several times throughout the history.

This temple is managed collectively by Temple trust and Archaeological Survey of India. There is tight security at the temple entrance and mobile or camera and leather goods like Shoes, purse or belt are not allowed inside Lingaraj temple.

You can deposit all the items including your luggage to the counter on chargeable basis (Every individual item charge separately). Temple gate open on the sun rise and close at sun-set.

How to reach Lingaraj Temple

Air: There is a airport in the city itself that is well connected to other major Indian cities.

Rail: Bhubaneswar junction is major railhead itself and very near to the temple. Numerous trains passing through Bhubaneswar on Howrah to Puri or Howrah to South India route.

Road: The city also have regular connectivity with other city of Odisha via AC/ Non-AC Buses. Luxury buses are also in service from Kolkata and other important south Indian city.

Local Transport: For the local transport you can book Auto rickshaw that will check your bargaining experience. Batter you go with Ola Cab, they have very good and economical service in the city.