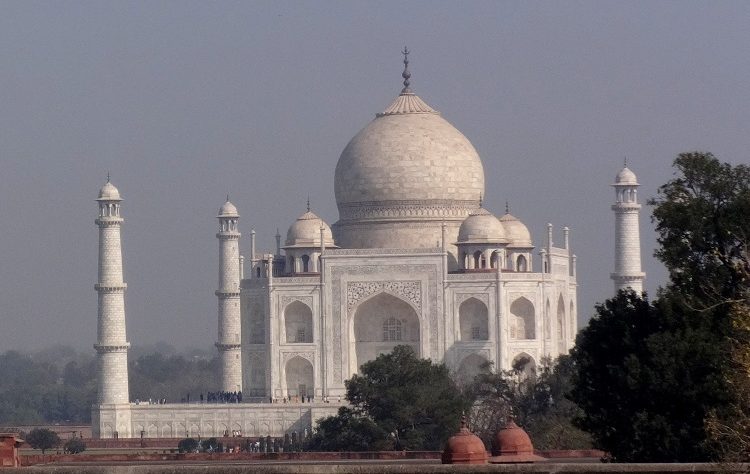 This 400 year old (appx.) architecture marvel attract every kind of visitors, you may be historian or a normal student, a kid or senior citizen, group or solo traveler, a love bird or just friends, whatever you are….there is no chance that you never thought of visiting this great monument. Yes, i am talking about The Taj Mahal, a UNESCO World heritage site and one of the new Wonder of the world. Here is a complete travel guide along with necessary information to visit the Taj Mahal.

Many great poets and writers have written a lot about the great Taj Mahal since very beginning. But I don’t think that any one can describe its beauty in words. You can say, it is the synonym of perfection with beauty.

It is not just a white marble building, it was the imagination of Mughal emperor, Shah Jahan for his lovely wife Mumtaz Mahal. It seems that only because of their love, this construction took shape of World’s wonder.

If you are here in the Taj City, you must not miss the Agra Fort. Which is another World heritage sites in Agra and only 4 km from Taj Mahal. This fort inspired Shah Jahan to make another look like fort of Delhi, famous as Red Fort.

Another important World heritage sites of Fatehpur Sikri is also 40 km from Agra. So, half day can be spare for this site too.

Taj Mahal is located in Taj Ganj area, a very old establishment. If you want to enjoy the Taj view while having breakfast or dinner then you can opt for any guest house in this area. Mostly have roof top restaurant, so that you can enjoy the complete view any time you feel so.

I too had stayed in that area but it was just basic room with limited option. Construction activity is ban in this area, so all these guest house not properly maintained.

I hope, this travel guide of Taj Mahal will help you in planning your life time memorable trip. Please share your valuable feedback in the comment box.