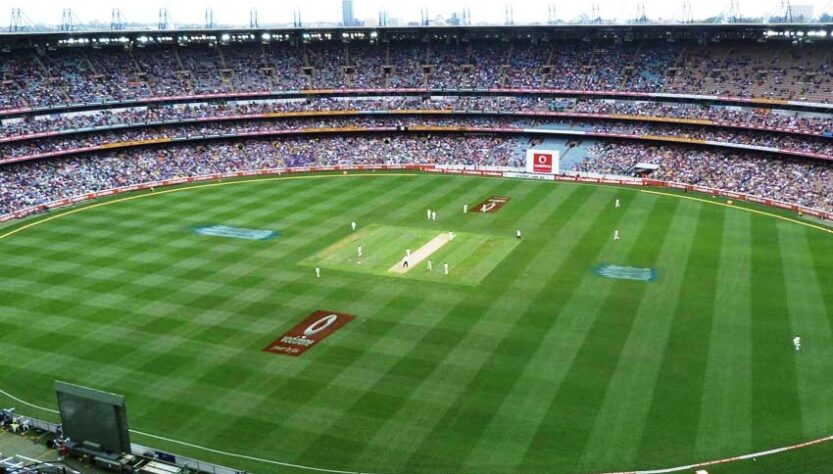 Did you say you haven’t played cricket in your whole life? Did you even live in India then? Cricket, the most popular sport and the most watched sport of the whole nation. The passion and thrill this sport come with, is unmatchable. The spirit of this sport is just far, too high to be compared with any other sport in India. Though, many new sports are emerging in the nation and seem to be getting a great response.

Cricket, here, is not a sport. It is a religion, people have their idols and their heroes. Its not just plain sports with some rules. It’s not just about winning or losing. There’s drama, crying, nail biting fans, last minute game changes and what not. There are numerous instances that show cricket is full of emotion and spirit.

Kids have played cricket since their childhood and have so many memories attached to it. People are crazy fans and almost everyone knows the basic rules to this game. There are, however, some amazing facts that many don’t know about cricket. Still, even if not originated in India, this game connects different lives and souls across boundaries.

Stadiums hold an important significance in the game and India has many of the oldest stadiums in the history of cricket.

Situated in Kolkata, Eden gardens holds a dear spot in the hearts of die-hard cricket fans, not only in West Bengal, but everywhere. Also known as the “Cricket’s Colosseum” this stadium is the third largest cricket stadium in the world with the capacity of holding over 66 thousand people. Major renowned matches like the World cup, Asia cup and World cup Twenty-20 have been held at this marvelous stadium which never ceases to amaze people from all over the world.

This beautiful ground resides in Chennai, the heart of Tamil Nadu. Named after M.A Chidambaram, the former president of the BCCI, formerly known as Madras Cricket Club Ground. Other than this beautiful stadium, Tamil Nadu has so many beautiful tourist destinations that you can visit if you come to this state to watch a cricket match.

This is also the home to the Indian Premier League team Chennai Super Kings. It is the second oldest stadium and has a capacity of 50 Thousand spectators.

This stadium is more popularly known for its former name, “Feroz Shah Kotla Ground”. Located in New Delhi, the heart of the nation. The first test match played in this stadium was against West Indies on 10th November 1984. On 27 August 2019, DDCA announced to rename it to “Arun Jaitley Stadium” in the honor of the late union minister. It is the second older international cricket stadium which is still functional and has the capacity to hold over 40,000 people.

This is a cricket ground in the Mumbai city of Maharashtra. Cricket club of India (CCI) owns the ground. Wankhede stadium was built a few hundred meters close to it, after which no tests matches were held in this stadium. Other than cricket, this ground has been used for tennis and football matches and even some musical concerts. This is also the home to IPL team, Mumbai Indians. Being the fourth oldest this stadium can contain 25,000 people.

Green Park is a floodlit stadium situated in Kanpur, Uttar Pradesh. Home to the cricket team of Uttar Pradesh, this stadium is named after British lady Madam Green, who used to come here for horse riding. This is the only cricket stadium in Uttar Pradesh that regularly hosts Test and One day matches, both international. India first won against Australia in this stadium in December 1959.

Being the only stadium in India where a student’s gallery is available, this stadium can hold up to 32.000 people. While this stadium does not feature any IPL team, as Uttar Pradesh does not have any, the most popular form of cricket is the IPL. Due to its short duration matches and teams belonging to different states, it has gained immense popularity, and is suitable for safe betting.

The Indian Premier League is massive business, not only for the team owners, but also for the people who bet on them. Betting can be quite beneficial; you have to compare IPL betting odds and access the safe websites for betting to ensure not to get scammed. One may have a lot of chances of winning and enjoying IPL bets as it is the one of the most attractive forms of cricket.

All these stadiums do not only hold the cricket matches, they hold the emotions of fans and all the players within them. Be it IPL or World cup, fans are always eager to get thrilled with the emotions of this amazing sport.