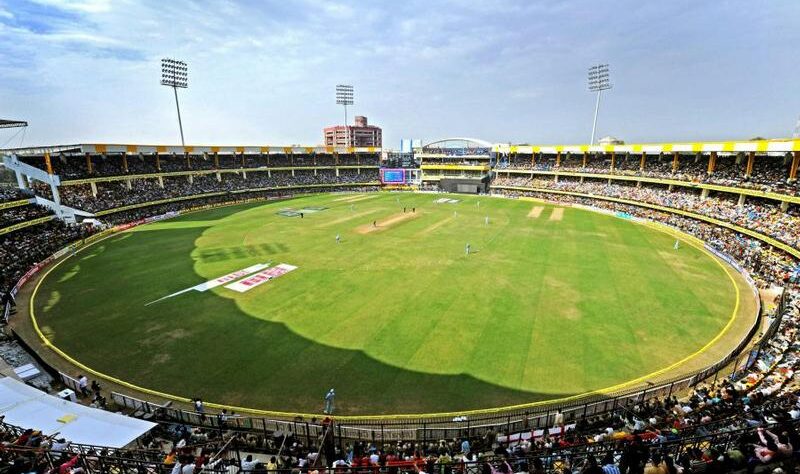 India has, since the time of its emergence as an independent nation, been a country that celebrates sports. Quite interestingly, the Indian field hockey team had secured an Olympic gold in the summer of 1948, just a year after independence, against the British team. However, despite not officially being the national sport, cricket has attained a position of maximum privilege over most other sports in the country.

Over the decades, a large number of cricket and multi-purpose stadiums have been established across the country, to host ODI, Test, T20 and more recently, IPL matches. With these enormous number of cricketing formats, there is no end to the various kinds of betting options available as well. …Here’s taking a look at some of the biggest and the best!

The Sardar Patel or Motera Stadium in Ahmedabad, Gujarat

With a seating capacity 110,000, this stadium, established in 1983 and owned by the Gujarat Cricket Association, is the second largest in the world, and the largest of all cricket stadiums. Spread across expanse of 63 acres, the stadium houses 76 corporate boxes, an Olympic sized swimming pool, and a 55-room clubhouse.

One of the most prestigious arenas in international cricket, the Eden Gardens cricket ground in Calcutta, was established in 1864. With a seating capacity of 66,000, it is the third largest in the world, after Sardar Patel and the Melbourne Cricket Ground. Besides being the home ground of the Bengal Cricket team and the IPL franchise team, the Kolkata Knight Riders, it is also a venue for Test, ODI, and T20I matches of the India national cricket team. The renovation it underwent for the 2011 Cricket World Cup included a new clubhouse and players; facilities, and an upgrade of the surrounding walls to give it a new look.

Also known as the Naya Raipur International Cricket Stadium, this ground was established in Chhattisgarh in 2008. Having a seating capacity of 65,000, the stadium has been built with a modern sports arena and plus corporate boxes. The stadium has been rated by the players such as Sunil Gavaskar and Irfan Pathan as one of best cricket venues in the country.

Primarily a cricket and football stadium, this ground with a seating capacity of 55,000, was home to the IPL team Mumbai Indians for a short period of time, following its inauguration in 2008. As of 2014 it has been home to the ISL team Mumbai City FC. It is the ninth largest cricket stadium in the country, and uses bucket seats and cantilever roofs. Other sporting facilities in the stadium include an Olympic sized swimming pool, 9 tennis courts, and 4 indoor badminton courts.

The primary cricket stadium in the state of Telangana and the home ground of the Hyderabad Cricket Association was established in 2003, with a capacity of 55,000. It has hosted ODI, Test, and T20I matches, and has a reputation of being a batsman-friendly and high-scoring pitch with a flat track wicket.

Established in 1916, this is the second oldest cricket stadium in the country after Eden Gardens. It is the home ground of the Tamil Nadu state cricket team as well as the IPL team Chennai Super Kings. After its completed renovation in 2011, the stadium can accommodate 50,000 spectators and has 24 hospitality boxes. The stadium has hosted 7 ODI matches across 3 World Cups. Needless to say, Tamil Nadu is an excellent place for tourists as well.

Also known as The Sports Hub, this stadium built across 36 acres of land is used for both cricket and football, and has been built in line with FIFA and ICC regulations. It is the first fully Eco-friendly stadium in the country, and is surrounded by greenery and also houses a rain-water harvesting facility. An additional pavilion also houses facilities for squash, volleyball, and basketball, alongside an Olympic sized swimming pool. The stadium can presently accommodate 50,000 spectators.

Locally known as Kaloor Stadium, this multi-purpose ground is home to the Kerala State cricket and football teams, as well as the ISL team Kerala Blasters FC. The stadium has a total capacity of about 60,000. Located in the heart of the city, this venue has hosted number of ODI as well as IPL matches.

This stadium, with a capacity of over 33,000, has hosted a large number of high-profile cricket matches, such as the 2011 World Cup Final, which marked the first instance of a country winning the world cup on home soil. Originally built in 1975, the stadium underwent a large number of changes to accommodate modern facilities for teams as well as spectators. The stadium has suspended cantilever roofs, but without beam support, to provide a better viewing experience for spectators.